Journal of Aksaray University Faculty of Economics and Administrative Sciences

Paradigm change refers to the radical arrangement of written or unwritten practices in a field according to the requirements of the age. In this sense, the New Public Administration (NPA) understanding, which tried to replace the traditional public administration and bureaucracy in the period it emerged; is a paradigm shift that necessitates a change in the relations between the public and private sectors. The understanding of NPA is shaped by the criticisms of traditional public administration practices; adopts principles such as accountability, efficiency, and customer orientation. The aim of the study is to examine NPA as a paradigm shift in terms of its basic principles. In this study, which was carried out using qualitative research methods, literature was searched and resources were obtained. The obtained data were analyzed around the subject related to document analysis. While discussing the emergence and characteristics of the NPA understanding, the criticized aspects of NPA are explained by referring to the Neo Weberian State, Public Value Management, New Public Governance, and Digital Age Governance approaches, which were put forward against its deadlocks. In this context, it was argued that NPA emerged as a new paradigm. However, NPA has lost its dynamic structure in the face of the changes experienced over time, and alternative searches have begun to be discussed in the face of criticism. 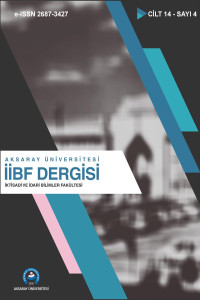